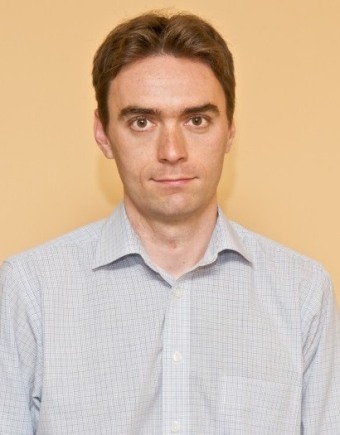 Jonathan Pitkin (b.1978) is a composer, researcher and lecturer whose work increasingly involves the use of new technology, whether in the production of sound, the augmentation or modification of existing instruments, or the creation of associated tools for performers and composers. He is interested in various areas of overlap between composition and music psychology, particularly where these concern the workings of listener expectations, the creation of illusions, or the clearly-perceptible presentation of extended processes of development or transformation.

Jonathan was raised in Edinburgh, and now lives in south London. He studied at the University of Oxford, the Royal Academy of Music, and on exchange at the Paris Conservatoire. In 2009 he completed a doctorate at the Royal College of Music, where he now teaches various courses relating to composition and academic studies at Junior Department, undergraduate and postgraduate level. His principal composition teachers have been Christopher Brown and Guy Reibel.

Jonathan’s music has been performed and commissioned internationally as well as at major venues across the UK, featuring at (for example) the Huddersfield, Spitalfields and New York City Electroacoustic Music Festivals. Performers have included the BBC Scottish Symphony Orchestra, the BBC Singers, members of the Philharmonia Orchestra (as part of the Music of Today series), and conductors Stephen Layton, Nicholas Cleobury and Martyn Brabbins. A number of his works have been broadcast by BBC Radio 3, including the orchestral pieces Mesh and Borrowed Time; Con Spirito, for piano and Yamaha disklavier, which was shortlisted for a British Composer Award in 2008, and was part of the official British selection for the ISCM World Music Days in 2014; and choral pieces which are published by Oxford University Press as part of the New Horizons series. His more recent output includes works for Magnetic Resonator Piano, circular piano, and quarter-tone alto flute, as well as installations, emulations, pedagogical software and composers' tools. His published writings include contributions to the proceedings of NIME and the ICMC, the SAGE Encyclopedia of Music in the Social and Behavioral Sciences (2014) and the Routledge Companion to Aural Skills Pedagogy (2021).